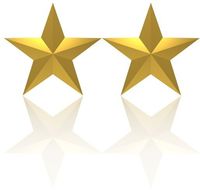 Well as you can see from the title of this review it took all of 2 hours to write that, but on a more serious note think I'll just be sticking with Supercross moving forward. So what do you need to know about this game you might ask. Well I must admit that I've not enjoyed any Supercross or Moto cross game since maybe the N64 game Excitebike 64.

I feel that over the last 15 years or so the graphics have greatly improved but for some reason that perfect mix or arcade thrills with simulation bits added on top. What I mean is in the early days right up to maybe the PSone games everything was just an action packed arcade game as at the time the consoles just couldn't cope with the advanced simulator physics needed for such a game.

But over the last few years I've seen some really top rate Moto racing games come to market, and the Supercross games have slowly been improving each year since the 360 and PS3 games but every single year there has been some fault with the game to stop them from going from an average game to a great one.

So this year lets see what Milestone can do, I mean they did do some amazing games in rally and road racing genre plus they have even had a few goes with a collection of two wheeled games so lets look at this game and see if they have brought everything to the table.

So first things first and this looks absolutely stunning with all the fireworks, lighting FX and just a general high level of polish in this department. Just the way the atmosphere is built up with the amazing lighting from the fireworks, it really covers some of the small flaws with the detail on the riders.

So after such an impressive start to the game you choose the lane you want to race from, then its go time. I do like the fact you need to show some patience as if you accelerate too early then before the start barrier drops then you have to restart the race, but again if you miss time the start you can easily drop to the back of the racing pack.

The first problem I had was as soon as the race started now some people might not have a problem with this but I sure do, and this is all down to how fast the game runs at. To me it just feels and looks like you are trying to play a game that someone has set on fast-forward and this was not fun at all. Another problem I had was that while everything was running fast if there are too many bikes on screen I felt there was way too much slow down for a game on the PS4 and XBOX One.

The other main problem I had was with how twitchy the handling of the bikes were, I felt with the added speed the bikes would sometime become almost uncontrollable during gameplay and this is not good. I really don't know where the developers go with this as the basic game engine looks great but this game is clearly made on a very tight budget. So I'm not really sure if this game makes much money for the developer and publisher so I just don't know how much improvement can be made with the series moving forward.

But for now the game looks amazing but it all falls apart as soon as you start to play and this is never good. The only game I can think of was the Codemasters F1 series and they have some graphical problems and some pacing issues with the career modes, but when you actually start a race everything clicks into place and a fast fun game is there. If you ask me anything you need to have the gameplay and handling almost perfect before trying to add to the game. For some reason I think the graphics and lighting were the main priority for this game.

We use cookies to enable the proper functioning and security of our website, and to offer you the best possible user experience.

You can customize your cookie preferences here. Enable or disable the following categories and save your selection.